Things that are true:

1. A party's not really a party until you break out the guac.

2. Guac is a real word. Some people think it's a dorky way of abbreviating the word "guacamole," which is an avocado-based dip and haven for lost tortilla chips, but it actually means, um --

Fine. Guac is nerd-speak for guacamole, which is in fact an avocado-based party dip/popular watering hole for the errant tortilla chip. I'm a nerd, okay? But even a nerd can throw a good party, and, let's be honest: everyone loves guac. 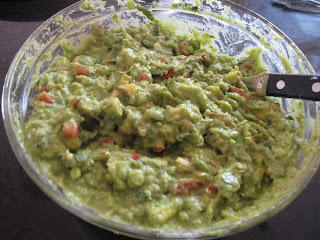 I'm not saying that throwing a tub of store-bought guacamole on the table will transform your next get-together (it certainly won't hurt, just make sure any store bought stuff looks nice and green and there are no weird/unpronounceable ingredients on the label), but a bowl of solid homemade guac certainly ups the ante in the party-throwing department.

Not only will both nerds and cool kids enjoy eating your homemade guac, but you'll also enjoy making it. It's fun. It's easy. You get to smash things. Avocados, tomatoes, onion, lime. Those are the basics. 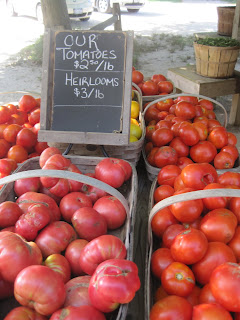 Since it's summer and you'll want to be extra fun and awesome, you'll add some peach and some basil. Your guests will be impressed, everyone scooping and crunching and oohing and ahhing. Then you'll all be Mexican beering and yelling and dancing and laughing and generally having a phenomenal time. All because of the guac. 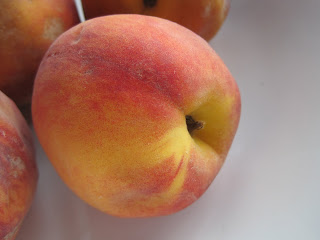 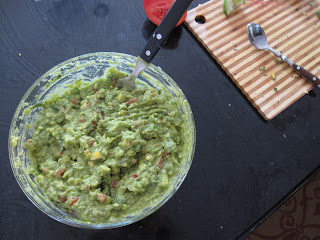 This recipe will feed a small crowd, but don't be afraid to double it - there's no such thing as leftover guacamole.

A trick for storing guacamole: before putting the lid on a tupperware full of guac, press a piece of plastic wrap directly onto the surface of the guacamole, so there is no air between the plastic wrap and the guac. This will prevent the guacamole from turning brown.

(Note: It's best to make this in the summer months, when peaches, tomatoes and basil are readily available.)

Cut the avocados in half lengthwise, working around the pit. Remove the large pit carefully, and scoop the avocado flesh out of the skin and into a large bowl (I find it easiest to use a spoon to scrape the flesh from the avocado skin). Mash gently with a fork, until the avocados are good and smashed but not completely smooth in texture.

Add the chopped tomato, onion, and peach, mixing to combine. Add the lime juice and basil, and season to taste with salt and pepper. Serve with tacos or chips, or smear on slices of bread to liven up a ho-hum turkey sandwich.